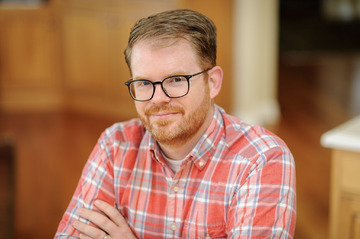 Two-time Congressional Chief of Staff Eric Bohl’s lifelong love of politics and passion for writing have found a perfect marriage in his Fractured Republic series.

A former attorney, Eric left his law practice to move to Washington, D.C. and work for a Member of Congress. He served as Legislative Director for one year, then was promoted to Chief of Staff. After four years in this role, he was hired to serve as Chief of Staff for a different Congressman. Altogether, he served Congress for nearly seven years.

Eric now lives in Missouri with his wife, three children, and their goldendoodle, Sloane.